If you're developing games, you need to be aware of the top trends users are most engaged in to give your product the highest chances of success.
5 minute read

Gaming has evolved dramatically since its humble Hounds and Jackals beginnings.

It’s looking like we are at the forefront of another gaming renaissance with the emergence of cutting edge technology such as augmented reality and virtual reality.

In no particular order, here is a list of some of the most exciting gaming development trends in 2019:

Pokemon Go was the most successful mobile game of all time. In its first month alone it generated $206.5 million in revenue.

The release of Pokemon Go exposed all of us to the fascinating world of augmented reality.

Augmented reality is the superposition of virtual graphics over physical surroundings, making it seem like the user is actually living side-by-side with virtual characters.

As a result, augmented reality is predicted to have a dramatic impact on our future.

The market size of augmented reality is projected to be worth $160 billion within the next 4 years! 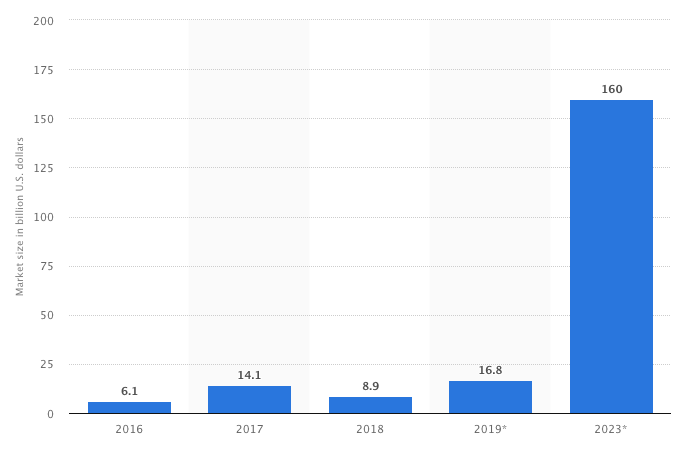 There are some exciting augmented reality products in the pipeline from the masters themselves, Niantic.

Here's a sneak peek of some of their released demos: 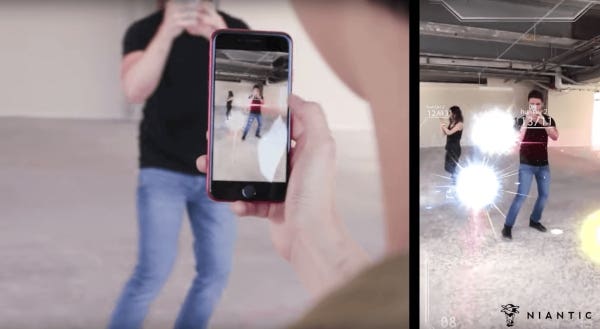 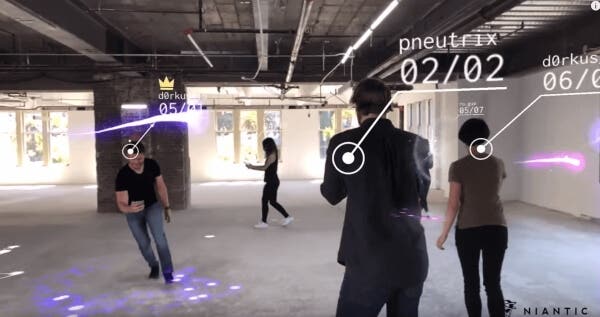 Battle your friends by shooting them with blasts of energy!

Niantic has developed an AR multiplayer game known, at this stage, as “Codename: Neon”

In order to build up ammunition power, players need to find and collect orbs of energy hidden in random locations.

This game works across all player’s platforms, so each individual player will see the battle unfolding in real time from their perspective.

As a result, if you’re quick enough, you could even dodge your opponent's ammunition by stepping to the side or ducking. That’s taking AR gaming to a whole new level. 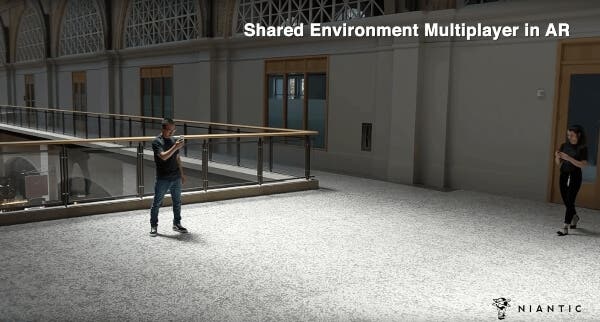 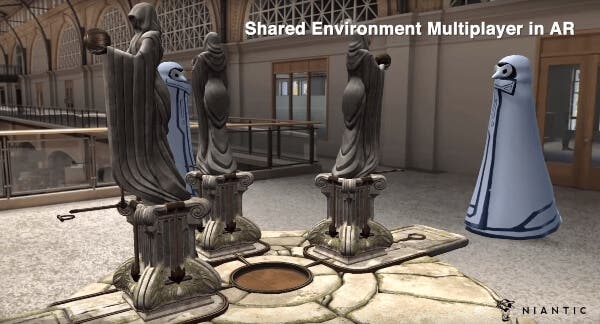 These puzzles can only be solved if you strategise, communicate and execute as a team.

This is a great game to play if you want to get to know someone without any superficial small talk. Can i hear all the introverts say amen?

Organizations may even start to adopt this style of gaming when on-boarding new candidates, to test their teamwork skills.

Pokemon Go was not perfect.

Characters did not interact realistically with their surroundings and  would often run through objects rather than avoiding them. 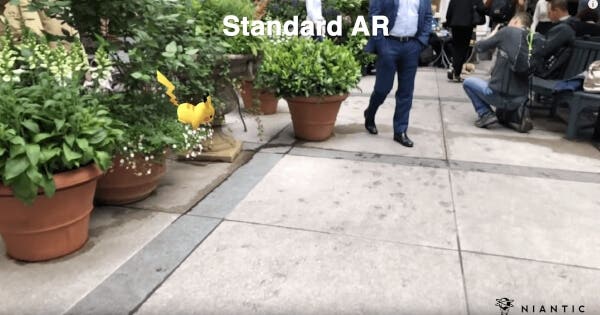 WIth Niantic’s development of occlusion technology, augmented reality characters are now more realistically bound by the physical constraints of this world by actually interacting with the objects around them.

If a character’s trajectory intersects with an object, the character will adjust its trajectory and avoid it.

AR characters will even be capable of interacting with dynamic objects. If somebody is walking in your playing field, AR characters can predict their trajectory and adjust accordingly. 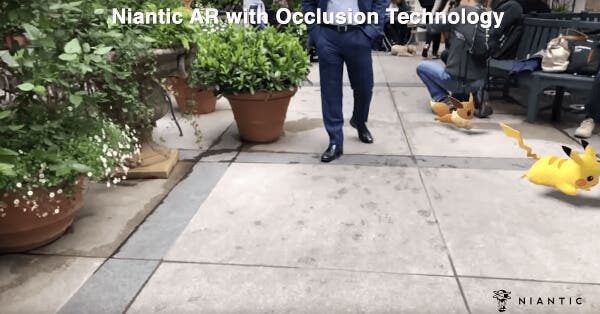 Social impact of AR and VR.

The success of Pokemon Go was not only limited to its monetary profits. It demonstrated a fascinating concept: Gaming can now be used to bring members of the community together.

Strangers who would not normally interact with each other joined forces to hunt down digital creatures.

What a bizarre yet powerful sentence.

The social benefits of augmented reality and virtual reality are too difficult to ignore. As a result gaming development is transitioning into the social impact space.

Here are some exciting prospective developments:

Walking in someone else's shoes

It is often very difficult to convey an experience to another person. Words and illustrations just don’t have the same impact as a firsthand experience.

As a result, the way we communicate experiences is about to dramatically change.

Thanks to virtual reality, we can now literally walk in the footsteps of another person to experience, and finally understand the depths of the hardships they face.

If you want to experience what life is like in the third world, slipping on a virtual reality headset could instantly plunge you into the aftermath of a tropical cyclone.

Seeing first-hand the damage caused by nature in such a fragile setting will convey the needs of the community in a very impactful way.

Charities have started implementing VR technology into their street campaigns to give prospective donors a vivid experience of what life is like for the needy.

Amnesty used virtual reality headsets to bring a piece of war-torn Syria to the streets of London, resulting in a 16% increase of direct debit donation sign-ups.

Charity Water took things further by creating a virtual reality documentary to tell the story of a little girl’s transformation as a result of their efforts in her community.

This campaign was so successful it raised an incredible $2.4 million during a balck tie fundraising banquet.

The natural direction forward for charities is to invest more time and effort into creating  ultra-high definition 360 degree experiences for prospective donors and philanthropists.

This does not have to be limited to VR documentaries, gaming could be a new method for charities to encourage the younger generation to pursue social enterprise establishment.

Imagine a multiplayer VR gaming experience, similar to Age of Empires, where the objective is to help build up the resourcefulness and capabilities of a village.

This wouldn’t only teach children how to work together as a team, but also open their eyes to the greater needs of the world.

Nintendo is making plans to scale up its mobile development after successful trial runs on the mobile platform.

Even though Nintetndo did not work alongside Niantic to create Pokemon Go, they benefited from the brand association and enjoyed a hearty helping of public interest.

This encouraged them to pursue mobile gaming development, a strategy that lines up with their plans of expanding Nintendo across all mediums.

The beta-test was performed on a select group of users in Japan.

The game is rumored to follow suit with Mario’s auto-runner theme by being an auto-driver game. The characters drive forward autonomously and the operator taps the screen to steer and pick up items.

Like all beta-testing campaigns, screenshots always leak into the public arena.

Below are some of the leaked screenshots of Mario Kart Tour: 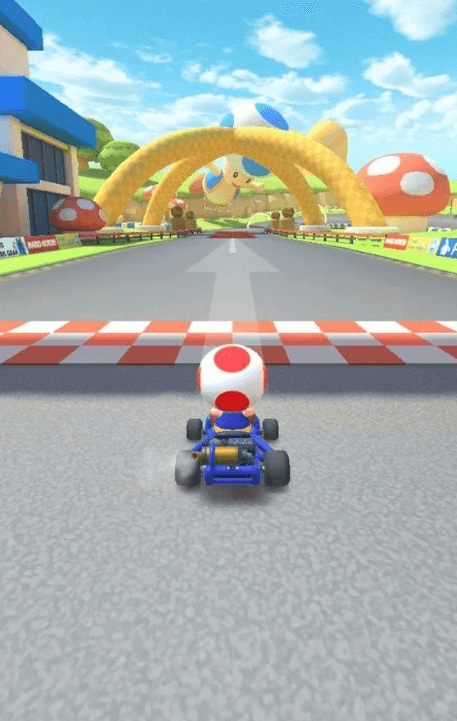 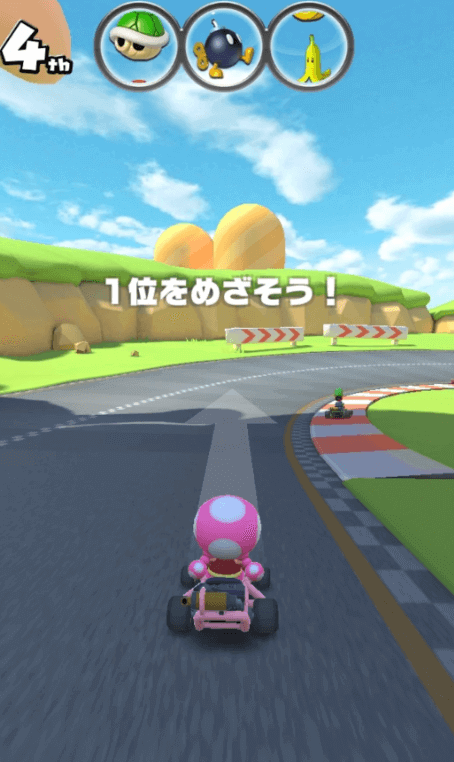 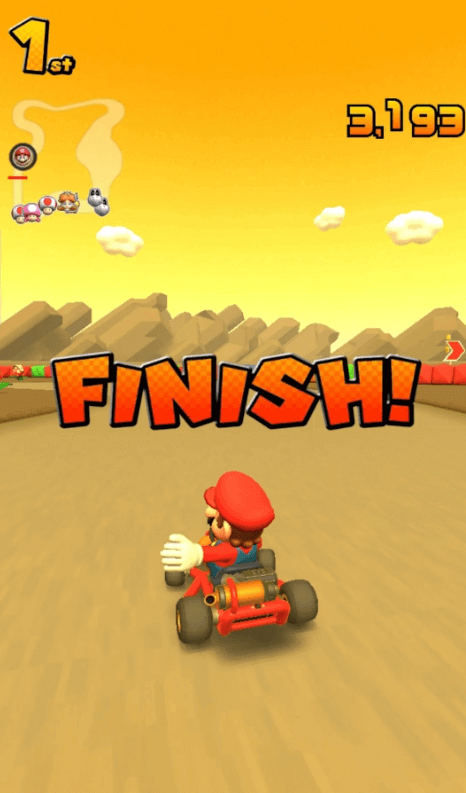 This isn't really much of a surprise. A mobile phone is basically a powerful gaming console you take with you wherever you go, so it only makes sense for developers to start focusing on it.

With the introduction of augmented reality and virtual reality, mobile gaming will only continue to rise in dominance

So if you’re a gaming developer hoping to strike it rich, start moving into the mobile space! 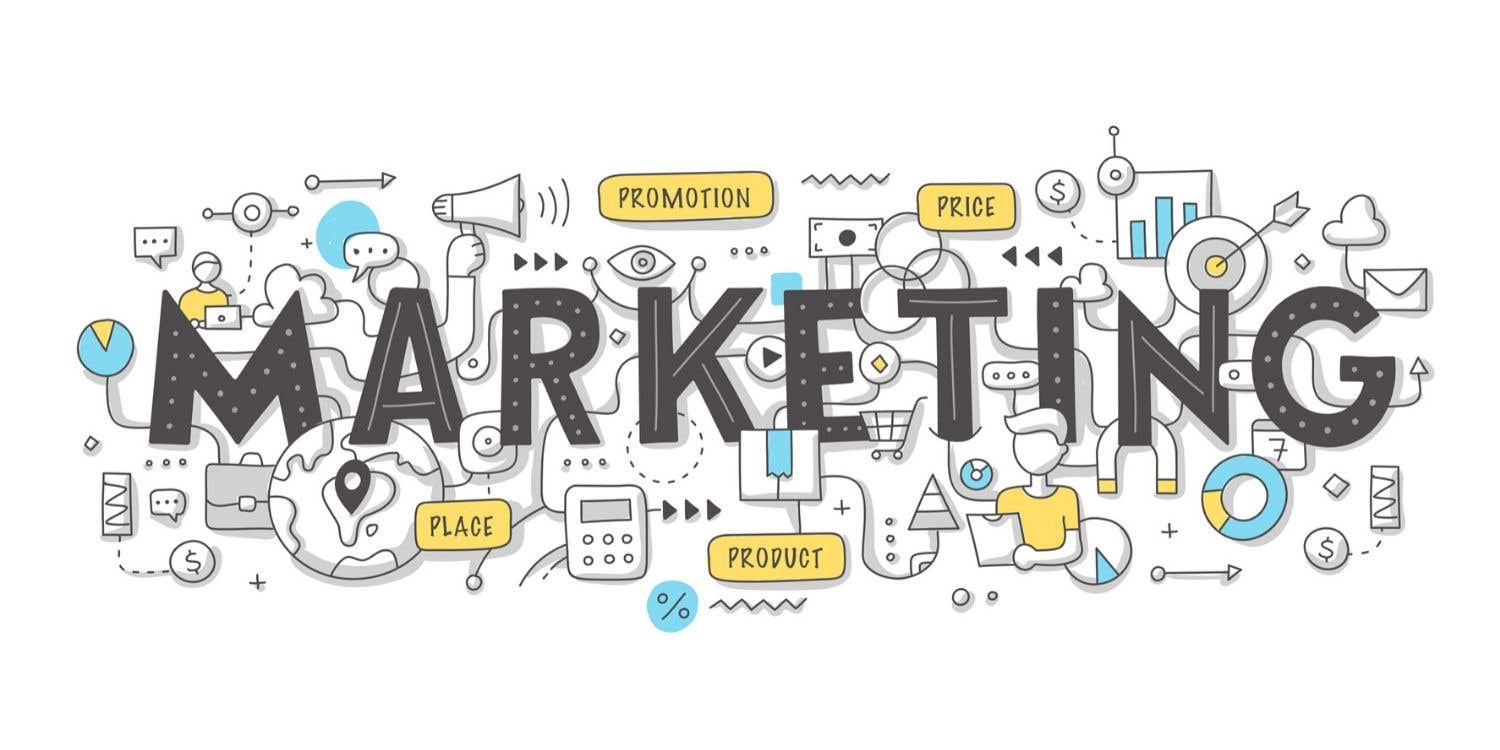 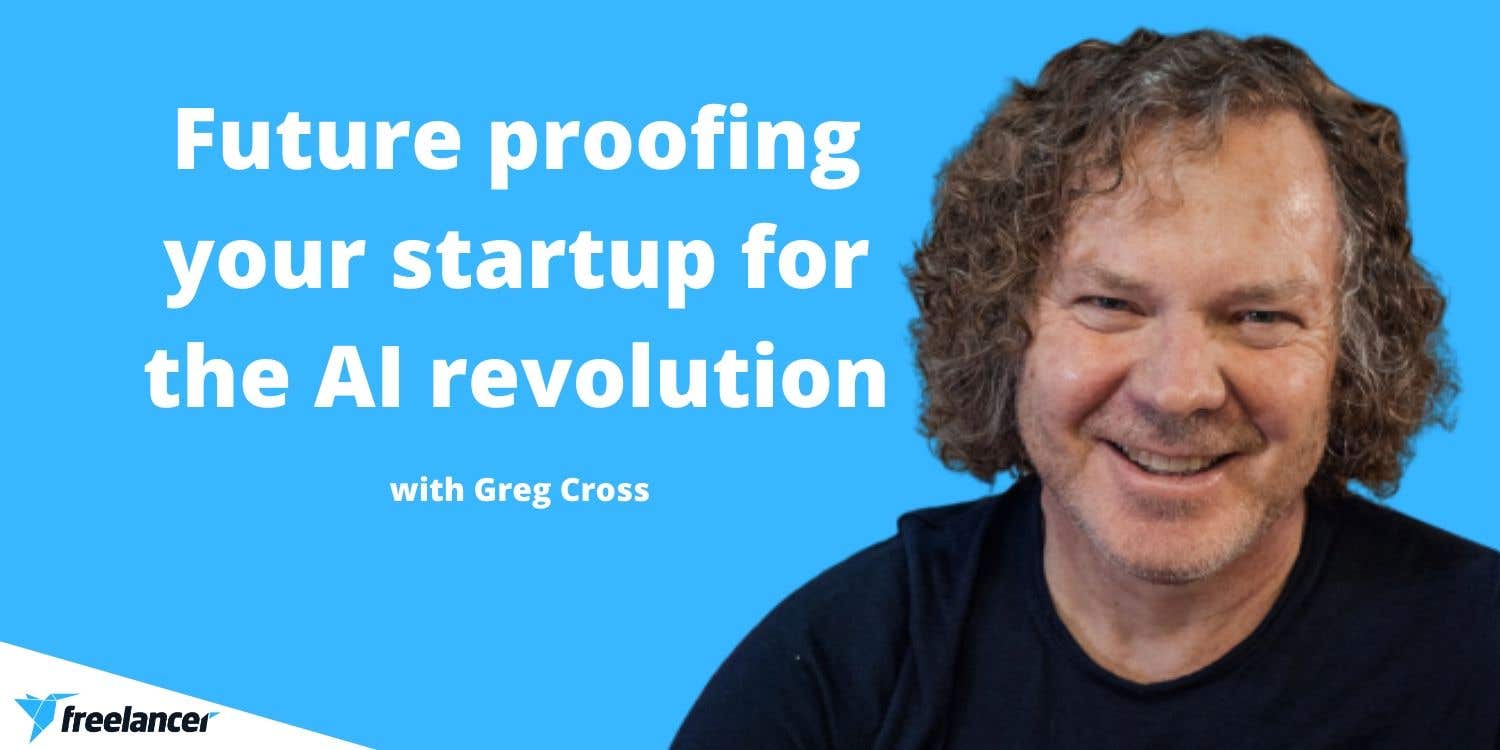 Why hiring a graphic designer is vital for your business in 2020
Great graphic design will solidify your brand identity and drive revenue. Find out how to hire a great designer and what you should expect to pay.
9 MIN READ